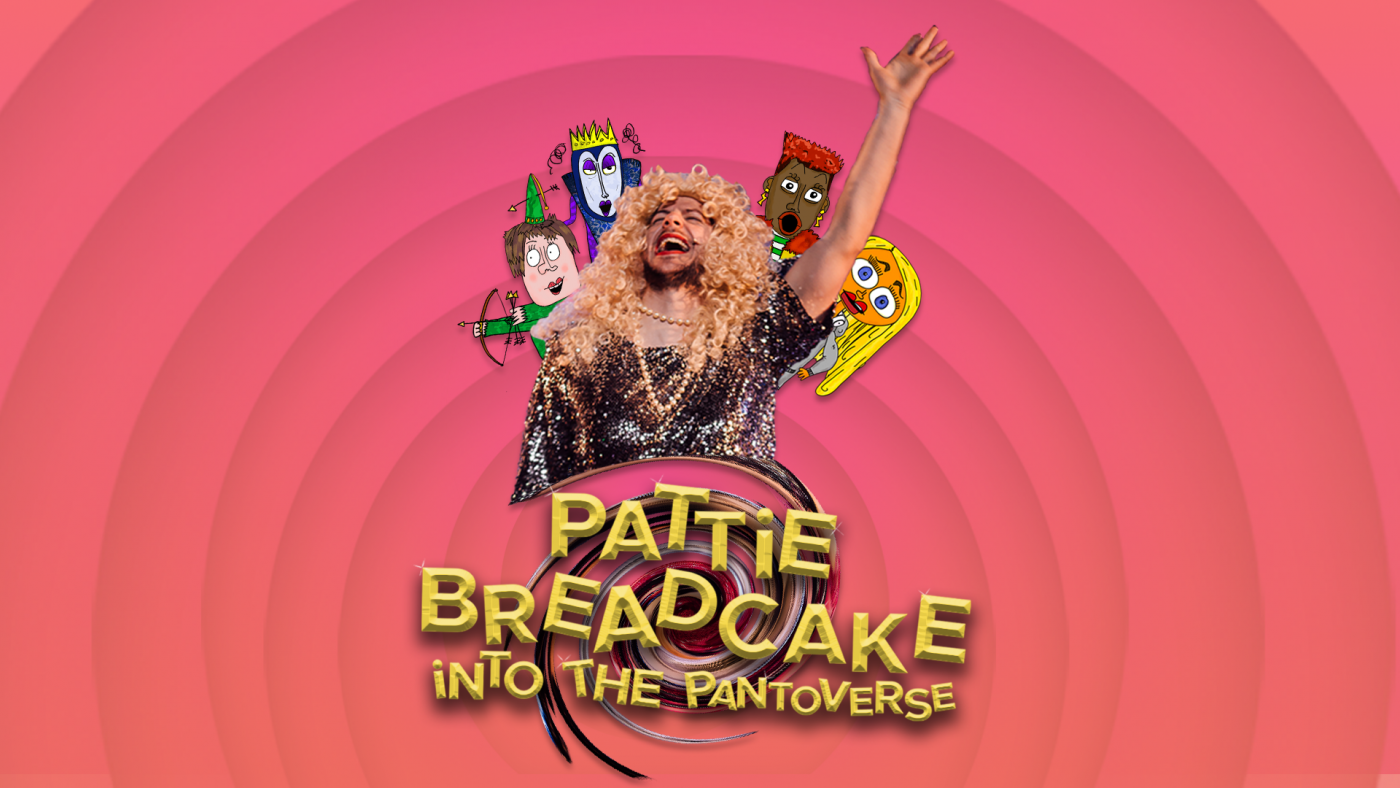 This year’s long-awaited Middle Child Christmas show has finally been revealed – and for the first time ever it will be animated and free to watch from the comfort of your own home.

Pattie Breadcake: Into the Pantoverse sees our favourite dame, Pattie Breadcake, magicked into an animated version of Hull, where she must help four panto princesses retell their stories for a modern audience.

To add to the excitement, a radio version will also be broadcast on BBC Radio Humberside across four mini episodes before Christmas, making it accessible to those without internet access.

With coronavirus restrictions closing theatres in Hull throughout December, this will be the first year Middle Child haven’t performed a panto in-person since we started the tradition at Fruit in 2011, before moving to Jubilee Central in 2018.

We couldn’t not offer families some Christmas cheer this year though, so have teamed up with local animators My Pockets to bring the spirit of panto to life online.

We’ve also assembled a team of four incredible writers to work alongside Middle Child artistic director, Paul Smith, on the scripts that combine to tell the tale of Pattie’s adventure into the Pantoverse.

Deborah Acheampong is one of our nine new associate writers and her version of Cinderella is her first ever commission.

Deborah said: “It’s honestly been amazing working with Middle Child for their Christmas panto, it’s felt like such a whirlwind.

“I didn’t think that, after sending them a script of mine in the summer, I could end up working on something so fun and whimsical for such a wide audience.”

Emerging Hull writer Hannah Scorer, who took part in our Writers’ Group in 2019 and scratch night with Silent Uproar this year, has written Maid Marian for her debut commission.

Hannah said: “I’m a long-time Middle Child panto fan and took my daughter for the first time last year, where we started what will become a new Christmas tradition for us.

“Before doing the writers’ group with Tom Wells I couldn’t have imagined I’d ever get a commission, so it’s been such a privilege to make something joyful in this weird year.

“I expect to be completely overwhelmed when I watch it with my kid.”

Company member Ellen Brammar, who wrote I Hate Alone in 2017 and is currently on the BBC Writers’ Room Northern Voices programme, has written Sleeping Beauty’s tale.

Ellen said: “Panto brings me joy. Full on, pie in the face, wee my pants, joy. So being asked to write for Middle Child’s panto was a Christmas wish come true.

“I can’t wait to snuggle in with my family and enjoy the mayhem.”

Finally Hull writer and associate artist Maureen Lennon, who wrote our karaoke cabaret Us Against Whatever last year, has reimagined the story of the Evil Queen from Snow White.

Maureen said: “I hope people get as much joy from watching it as I have from writing a piece.

“Never have I felt like I needed children booing, and stupid jokes and messages of joy and hope more than this year. It’s been the absolute dream.”

Paul Smith, who wrote Beauty and the Beast and The Little Mermaid, has penned Pattie Breadcake’s introduction and closing missive, performed by company member Marc Graham.

Paul added: “This Christmas show is extra special to us for being able to commission so many writers and continue to develop their practice, in a year that has already seen Daniel Ward win the George Devine Award for The Canary and the Crow.”

Animation by My Pockets

Animator Peter Snelling, of My Pockets, said: “We are thrilled to be part of Middle Child’s 2020 Christmas show. When we first moved to Hull we used to sneak into the Middle Child rehearsal space in Darley’s Youth Club when working with young people there.

“We liked all the posters on the wall, the quotes and the books on the shelves, and thought, who are these guys? Since then we have become big fans and love the way they put theatre in places that it doesn’t normally go, to be seen by people who don’t normally watch.

“Creativity for everyone is something we really believe in. That and lots of tea breaks.

Will our four heroes get to update their stories before an adoring audience in the (still, just) UK City of Culture this Christmas?

Find out in Pattie Breadcake: Into the Pantoverse, available on YouTube from 19-31 December.

You can also listen to the radio version of the show across four mini-episodes on BBC Radio Humberside, from 20-24 December.

Pattie Breadcake: Into the Pantoverse is made possible with support from the Cultural Recovery Fund.