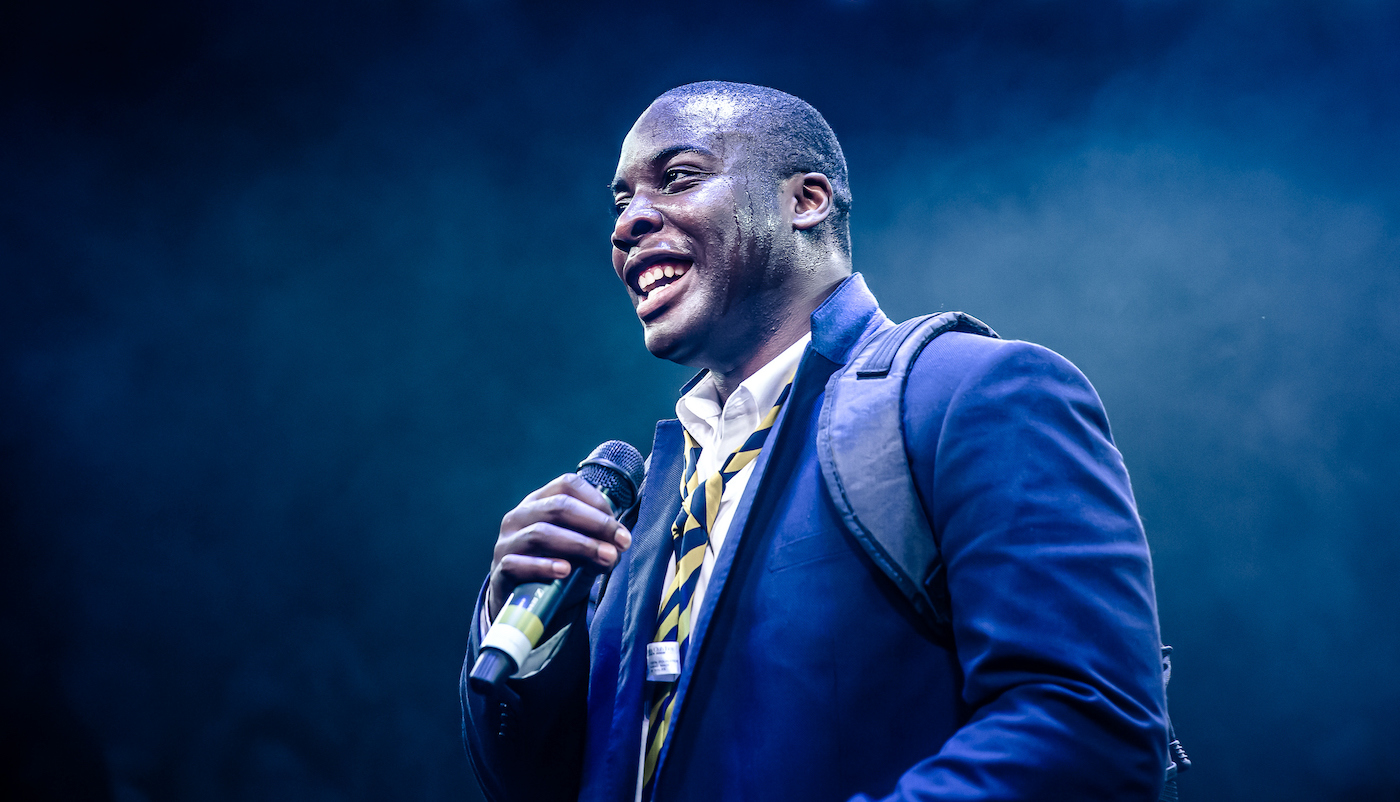 We are absolutely delighted to announce that Daniel Ward has won this year’s George Devine Award for Most Promising Playwright, for his play, The Canary and the Crow.

It’s been a big year for Daniel, with success at the Writers’ Guild Awards in January, where he won Best Play for Young Audiences with the same play.

Last month he was also shortlisted for the 2020 Alfred Fagon Award, the leading prize for Black British playwrights. The winner will be announced online this Thursday (26 November).

Daniel said: “To sum up what it means to win this award is so, so difficult. I am honoured, delighted, humbled and feel incredibly unworthy to have my name sit alongside the prestigious list of previous George Devine winners.

“I am thankful to everyone that has contributed to the creation of this piece, too numerous to mention, so please excuse me for not going into an expansive list. Please know that I hold everyone in my heart.

“In a year when the arts and theatre has faced such turmoil, I am thankful to the artists who continue to bring such creativity, light and inspiration to the world. I pray that light continues to shine into next year and beyond.

“There are writers who made the shortlist for the George Devine award who have personally inspired me, so thank you.”

The Canary and the Crow is a semi-autobiographical piece of grime-inspired gig theatre that tells the story of a working class black kid accepted to a prestigious grammar school.

Daniel added: “I am a black man. The Canary and the Crow is a story that centres the lived experience of a black man.

“In 2020 what that means has taken on much greater significance. I wrote this play to highlight the often difficult to articulate experiences of black people navigating society.

“When it was staged the response was far more positive than I could have ever imagined, but what was particularly special was the black and brown people who approached me, telling me how much it resonated with them and thanking me for championing their stories.

“Honestly, I felt that was reward enough. The George Devine award is a very welcome, but very unexpected bonus.

“I humbly accept this award not only for myself but also on behalf of those black and brown people who have been often overlooked and undervalued. Simply put, winning this award, in this year, for this story, means everything.”

Originally written in 2014, Daniel developed the script with Middle Child during a week-long residency in 2018.

Middle Child then produced and premiered the show at Hull Truck Theatre in 2019.

It went on to great success at the Edinburgh Fringe Festival, winning a number of awards and rave reviews, before transferring to London’s Arcola Theatre in January 2020.

Middle Child artistic director, Paul Smith, said: “From the first time I read Dan’s play it was clear that this was a story that had to be told. Its subsequent success is testament to Dan’s hard work and ability as a writer.

“His play is a vital and searing dissection of racism and classism, a stunning call to arms which demands change. We’re honoured to be associated with such a brilliant piece of work and can’t wait to see what Dan goes on to do next.”

Above: Daniel Ward in The Canary and the Crow. Photo by The Other Richard.