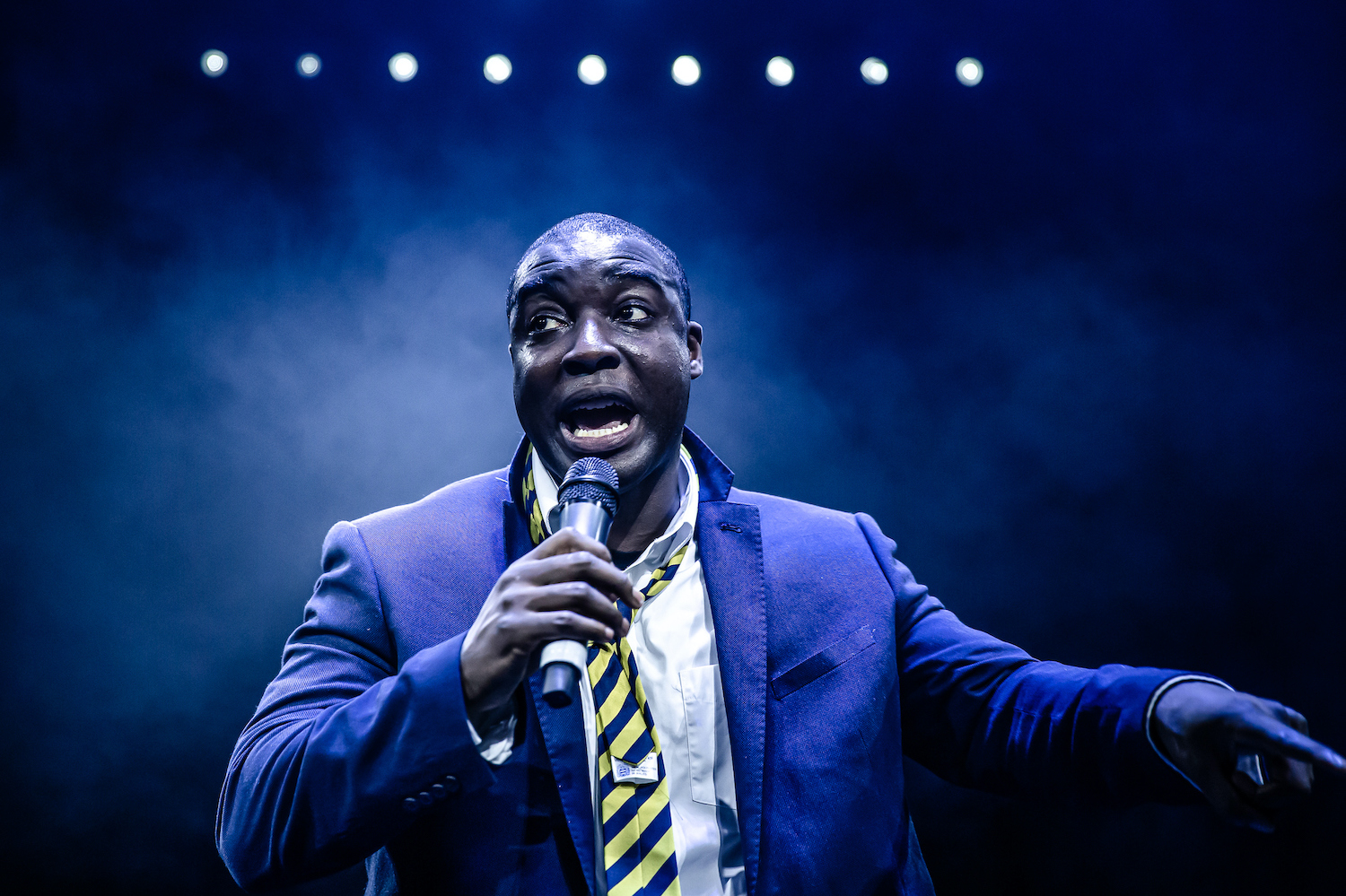 Daniel Ward in The Canary and the Crow at the Paines Plough Roundabout, 2019. Photo by The Other Richard.

Daniel Ward, has been named this year’s winner of the Writers’ Guild Award for Best Play for Young Audiences with his play, The Canary and the Crow.

Daniel collected the gong at a ceremony hosted in London last night by writer, comedian and actor Katy Brand.

The Canary and the Crow is a semi-autobiographical piece of grime-inspired gig theatre that tells the story of a working class black kid who’s accepted at a prestigious grammar school.

It premiered at Hull Truck Theatre in July 2019, with Daniel taking the lead role of The Bird.

It then toured to Latitude Festival and the Edinburgh Festival Fringe in the Paines Plough Roundabout, where it also won the Brighton Fringe Award for Excellence and was nominated for a Total Theatre Award.

Daniel said: “It’s a massive honour to win this award and I couldn’t be more proud. I already feel like this play has been on a huge journey and I am so excited to be sharing it at the Arcola Theatre this month and later this year on tour with the bad bois Middle Child.

“This play means so much to me on a personal level. Part of the reason I wrote The Canary and the Crow was because, whilst I’ve always enjoyed the theatre, I felt there weren’t many stories that I could relate to.

“To have received this award and the recognition of my peers for a story that is about the lived experience of a young working class black man, is not lost on me. I’m grateful that this and other stories like it are being championed and excited for what the future of theatre holds.”

Join us on Facebook Live at 6pm for a scratch showing of our Gig Theatre in a Week Residency pieces by @frankiemeredith and @datywar. #theatre #gigtheatre #cityofculture #writing #plays #playwriting #music

Daniel in the 2018 workshop, alongside Annice Boparai.

Daniel wrote The Canary and the Crow in 2014, later taking inspiration for its gig theatre form after seeing our production of Luke Barnes’ Weekend Rockstars.

After sending the script to Middle Child artistic director, Paul Smith, in 2017, Daniel was invited to workshop the script with the company in Hull for a week in 2018, as part of our artist development programme that year.

The same week-long residency also included Frankie Meredith’s 17, which went on to appear at London’s Vault Festival in 2019, produced by Wildcard Theatre.

After a scratch sharing of The Canary and the Crow at the end of the residency, Middle Child chose to take it further and in June 2019 rehearsals started in Hull.

Prez 96 was later announced as the 2019 recipient of our Career Kickstarter Fund.

The Canary and the Crow is now about to embark on a tour throughout 2020, starting with a month-long run at London’s Arcola Theatre.

For all tour dates, including more to be announced, see the listing on our website.