How we animated #Pantoverse with My Pockets

Middle Child have asked me, Peter Snelling of My Pockets, to write a blog post on what it is like to create the digital content for their Christmas show, Pattie Breadcake: Into the Pantoverse. They have also said that what whatever I write, to be honest.  They have, to be honest, asked me this more than once. In fact, it might even be eight times. I don’t really know why I am resisting doing it. I don’t always like unpicking a creative process: I’m sometimes a bit lazy and sometimes I feel weird about putting things on the internet that will be there forever, like the terrible photo of me taken in 2004 that never goes away.

Anyway, I am going to do it now. I’ve made a cup of tea, I’ve got a salted caramel Hobnob snack bar, I’m going to keep writing until it’s done. Hello, if you are still reading; this is everything I know about making a piece of digital content for a Middle Child panto. 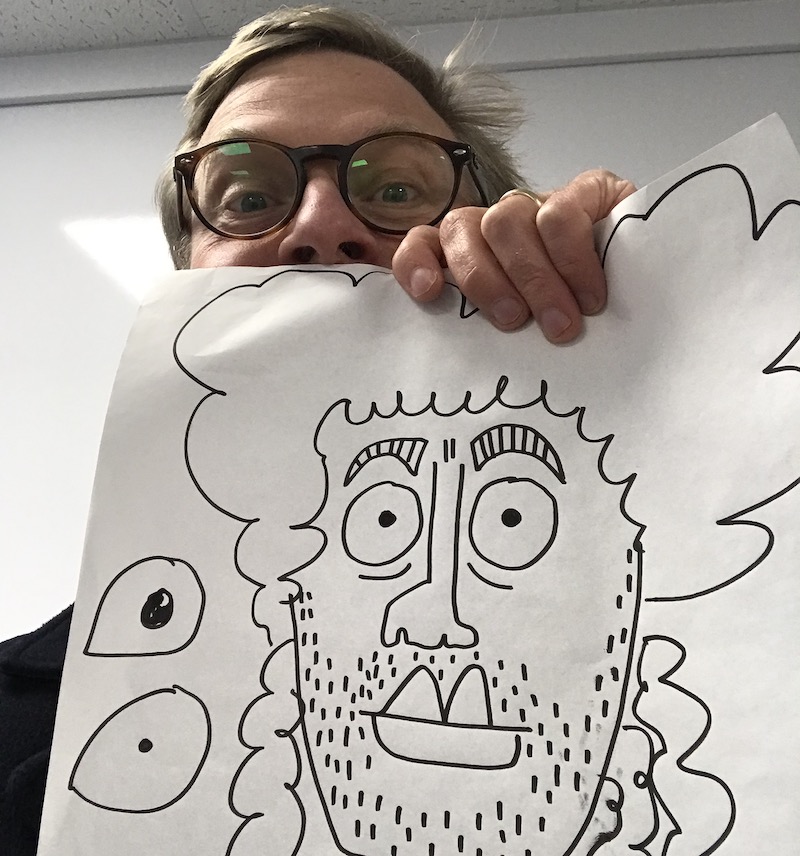 First of all Paul [Smith, artistic director] rang me up. I think it’s weird how people get to a point where they ring each other up. I met Paul at one thing somewhere, then somewhere else, then saw a Middle Child play and emailed to say I liked it, then asked him for a favour on something, then he rang me up to ask if I could animate a panto.

Over the years as an organisation that only wants to make creative work we have had times when we’ve been on the brink of running out of money. So I find it almost impossible to say no to creative projects. As My Pockets has become more established it’s something I need to address. I know that Elvis had the same problem with food. He’d been hungry once and so when he reached a point in his life where burgers were freely available, he found it impossible to not eat them all.

Not that Middle Child is just another burger that Elvis is stuffing into his mouth. Paul ringing felt more like an invite to a gastro pub. So we started to think about how to turn the panto into something that would work online. Our animations at My Pockets take ages to make. We create about 10 seconds a day. The conversation was in November and the panto needed to be the length of a play, so there was no way we could make it in the normal way. This year we have been experimenting with software that tracks your face and moves a kind of animated puppet along with it, then you wiggle the arms and legs with a mouse and the animation is made. It’s much quicker than the conventional way of doing it and felt like the perfect solution. 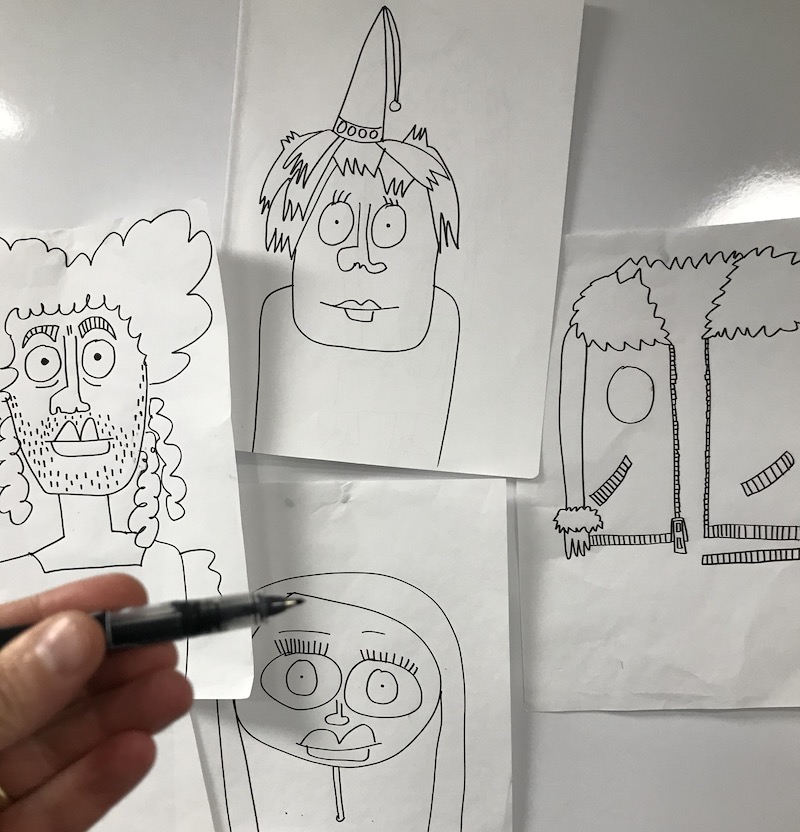 Next we needed to design the animated puppets. For me this is the fun bit. I’ve always loved drawing; I like the way it is so quick, that you can do it anywhere, that it needs no technology.  I also don’t think I’m very good at it, which is liberating. I think wanting to be good, or thinking you are good can be really limiting to creativity. It can get in the way of just saying what you want to say. Why is it that those blokes that joined Oasis after Bonehead left are much better at playing guitar, but somehow can’t make the same noise?

I think it’s because being good is not as important as… I’m not sure what it’s not as important as, but I know that if you ask me to draw a vase of flowers with a 2B pencil, the results are always very disappointing. But when I drew Pattie Breadcake in 10 seconds after reading the script I was like, “Yes, that’s her!”

In fact almost all of the characters were drawn first time in seconds, immediately after reading the script. I felt guilty about it and drew each one a few more times afterwards to try and justify my fee, but the first ones were all the best. 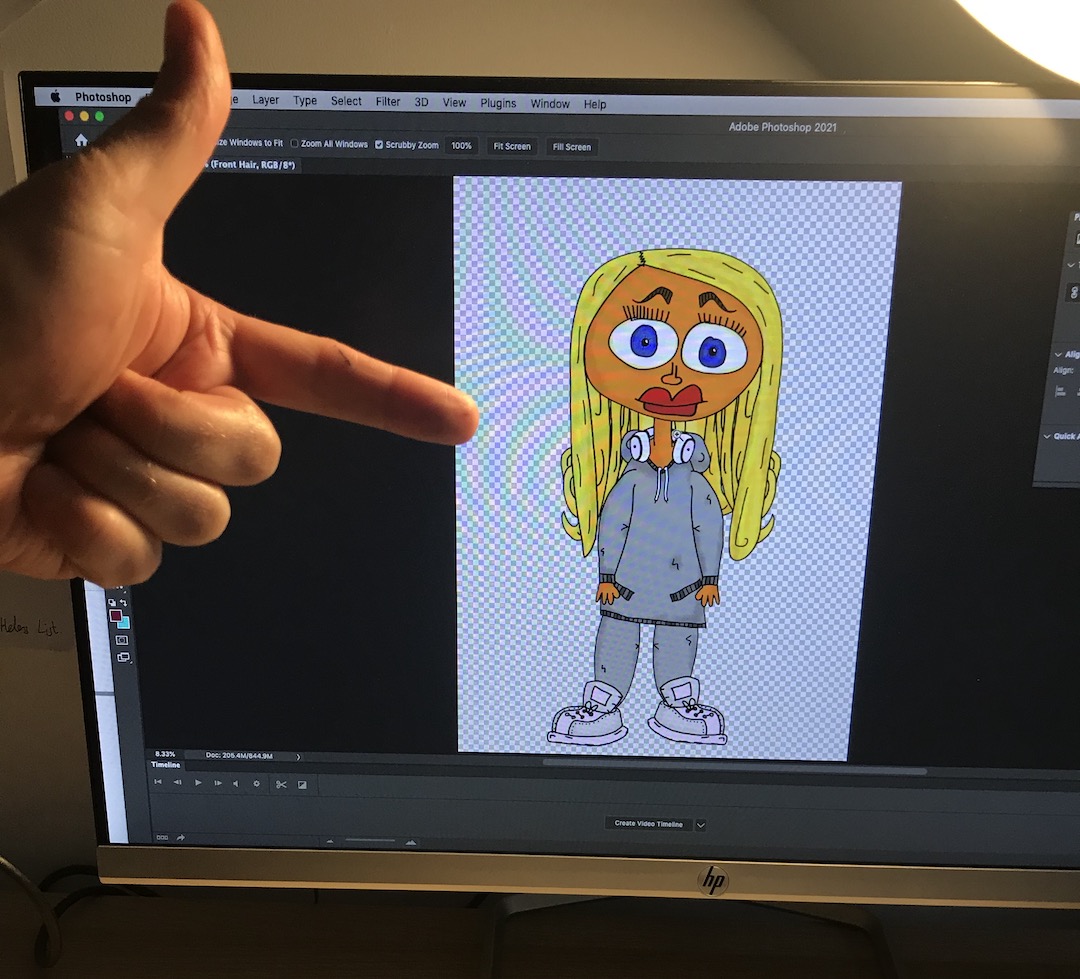 I know that the Middle Child panto is loved by lots of people and that it has this kind of anarchic energy. It’s alive and so the quick drawing seems right. It seems like a performance.  We made a few adjustments. Cinderella went from being in a pink princess dress to a tracksuit with headphones, while her face also went from being pink, to green to orange. But really I think that the spirit of the drawing and the spirit of the panto were so well matched it was pretty easy. I think finding creative people who share your spirit is the key to making things that work.

So the fun part was now over. Now I had to bring in the drawings, colour them in Photoshop and make them work with the animation software, against the backdrop of Natalie Young’s set design: photographs of an actual model box! Then I had to perform the whole panto, wiggling my head around in front of my webcam to capture all the movement, lip syncing to the audio files recorded by the actors over Zoom and mastered by Ed Clarke, with music composed by James Frewer. And then export it all, which took a whole weekend of checking the blue bar creeping across my laptop screen. Don’t waste your life watching the blue bar. 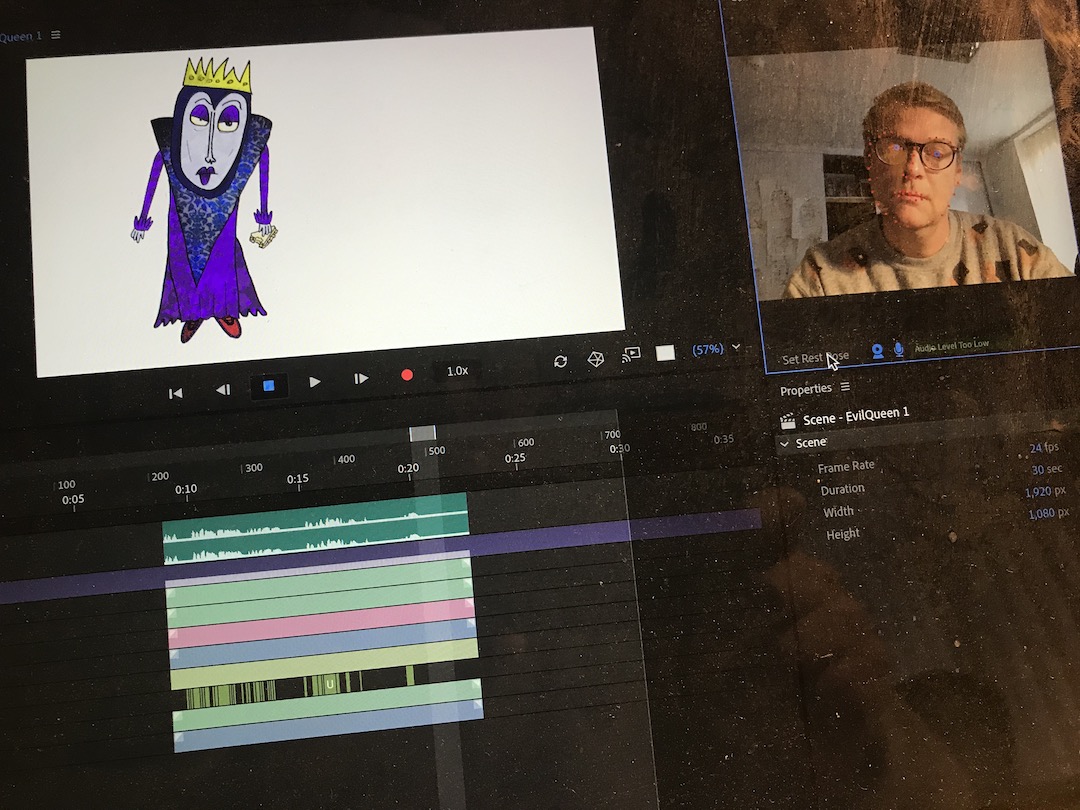 I’ve finished my cup of tea. I’ve eaten my sugary snack. Now I’ve got to do some terrible Zoom call on a project that I’m not entirely sure I really want to do. Maybe this will be the one I’ll say no to. Maybe now is the time to make a break for freedom.

Working with Middle Child has been a real pleasure. It’s been fun and creative. And they have been so supportive, it’s a breath of fresh air. I can see why their shows are so great; it’s because the people and the company are great. I hope that our animated show helps to plug the 2020 gap of panto anarchy that people will be missing. I can’t wait to see what people think of the Pantoverse.