The Canary and the Crow transfers to London’s Arcola Theatre 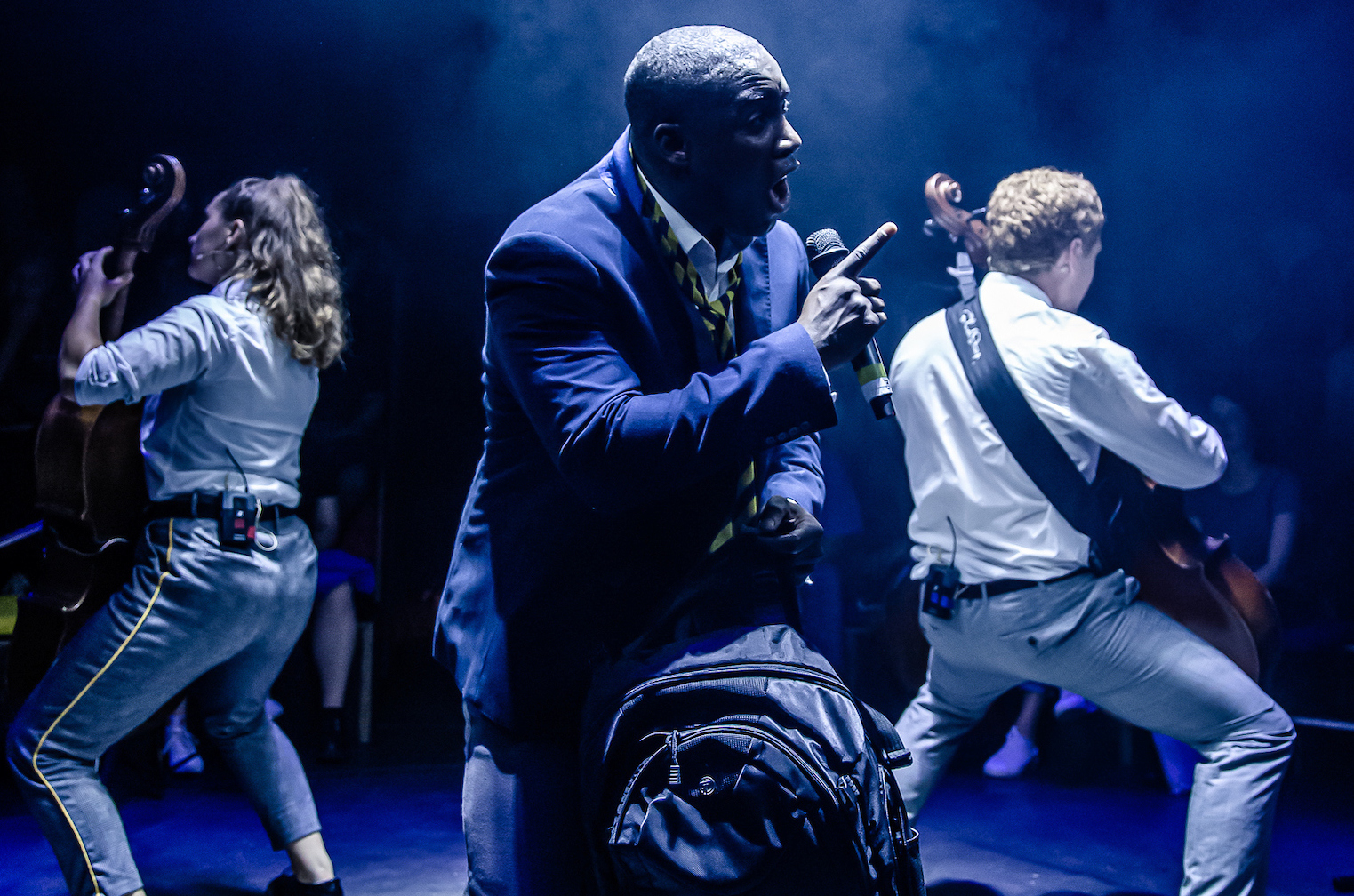 Photo by The Other Richard.

Our Edinburgh hit, The Canary and the Crow, is heading to London’s Arcola theatre in January 2020.

This lyrical, semi-autobiographical piece from writer and performer Daniel Ward uses grime, hip hop and theatre to tell the story of the struggle between a new environment that doesn’t accept you and an old one that has no opportunity.

Featuring original live music by Prez 96 and James Frewer, The Canary and the Crow won the Brighton Fringe Award for Excellence at the 2019 Edinburgh Festival Fringe.

It transfers to the Arcola Theatre from Thursday 16th January to Saturday 8th February.

Middle Child artistic director, Paul Smith, said: “We are incredibly excited to bring The Canary and the Crow to London and the Arcola Theatre for an extended run in January.

“We’ve already had lots of fun sharing this show with audiences at the Edinburgh Festival Fringe and on the Paines Plough Roundabout tour and know that London audiences will really take to it.

“Daniel’s story is an important one that needs to be heard by so many people and the Arcola is the perfect space for us to do that.”

The Canary and the Crow was first performed at Hull Truck Theatre in July. It then travelled to Latitude Festival and then the Edinburgh Festival Fringe, as part of the Hull Takeover, where it picked up rave reviews and sold out shows.

Arcola Theatre artistic director, Mehmet Ergen, said: “I am delighted that The Canary and The Crow is coming to Arcola for its first full-length London run in 2020.

“This electrifying story of a young man struggling to find his place in a divided society will resonate just as strongly in London as it did in Edinburgh. I am looking forward to sharing it with you next year.”

For more details about the London performances and to book tickets, visit Arcola Theatre’s website.