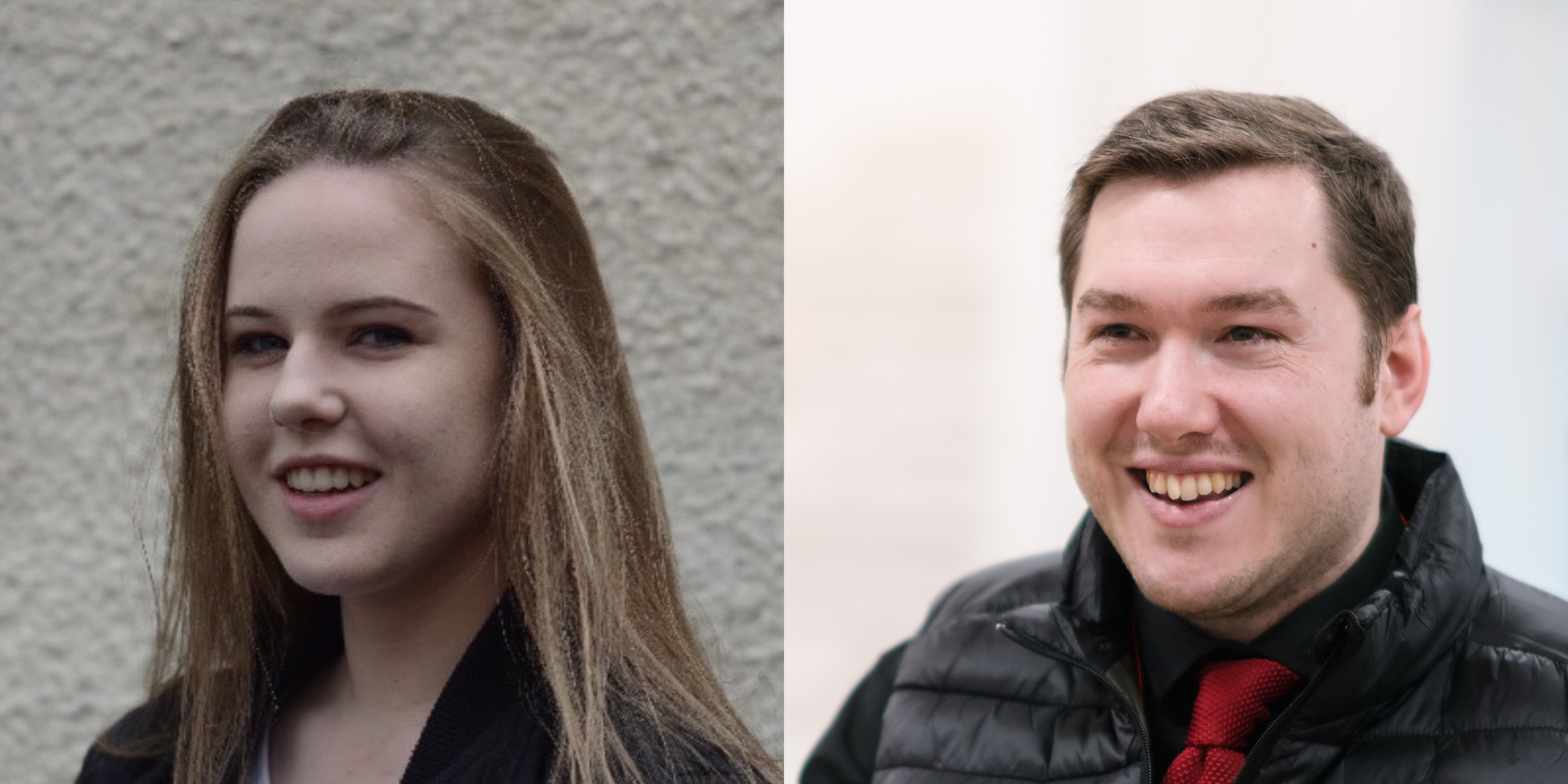 Middle Child this week welcomes two new members to our board.

Fiona Hope is a first year undergraduate student at the University of Hull, studying Drama and Theatre Practice. She also completed a Performing Arts diploma and performed in an Edinburgh Fringe Festival Show before starting at the University last September.

Brought up in Beverley, Fiona has been involved in local theatre from a young age, working closely with a few local companies, including Middle Child and She Productions. She recently participated in the RTYDS Introduction to Directing course with Middle Child and has hopes to start up her own theatre company in Hull, in the future.

John R. Wilkinson is the tenth recipient of the Genesis Future Directors Award at the Young Vic.  He is a text-based director living between York and Leeds, currently Artistic Associate at York Theatre Royal.  His credits include: Talking Heads (Leeds Playhouse, co-directed with James Brining and Amy Leach), Winter (Young Vic) and Can’t Stand Up For Falling Down (York Theatre Royal).

He was on the Steering Group for IETM Hull 2019 and is currently undertaking research into new work and touring companies as part of Arts Council England’s Developing Your Creative Practice.