Sometimes people in the arts are up the duff 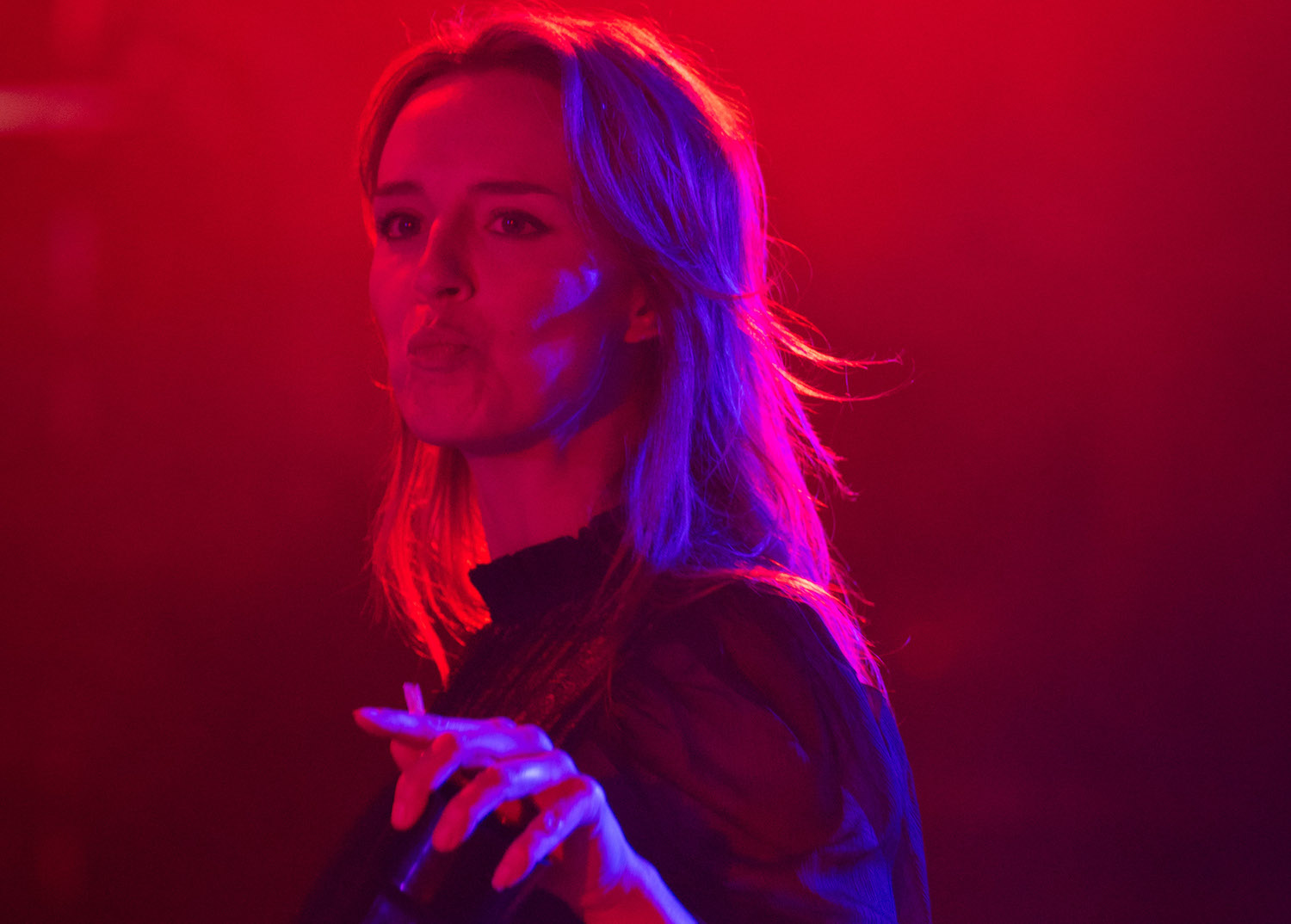 Actor and Middle Child associate artist Alice Beaumont writes about her experience of performing while pregnant.

I’m currently in All We Ever Wanted Was Everything, at the Bush Theatre, with Middle Child. I’m also six months pregnant. It’s been a very interesting experience. It’s also something that I don’t think is talked about very often. So, I wanted to talk about what it’s been like, what it’s felt like, in the hope that others who are in the same position, or contemplating starting that journey, might be able to relate.

First, let me say that I am very lucky. I am working with an incredible theatre company and a very supportive and empathetic cast and crew. I can’t imagine what this time would have been like had I not had such great people around me I can’t emphasise enough how supported I’ve felt by Middle Child, Bush Theatre and the cast and crew.

It’s been fun — puking on Overground platforms aside. It’s also been very strange. I’ve been an actor for eight years, and pregnant never. I was apprehensive about the long run in London, being away from my favourite person and my home, but also incredibly excited. I’ve been looking forward to performing in this show — it has deep emotional significance because of its long life and collaborative nature — at this venue, for a very long time and I was determined that no amount of utterly bizarre symptoms would stop me.

I didn’t know what the practicalities would be of being pregnant and doing a short, but very intense, show eight times a week for nearly four weeks. But now we’re in the final week of the run, I’m navigating my way a bit more effectively. The things I, and I imagine other pregnant actors, have had to pay more attention to than I normally would are: sleep, food and symptoms.

My sleep is all over the shop, waking up with a screaming bladder every couple of hours and plodding off to the bathroom. This kid presses on my bladder 24/7, to the point where I’m no longer even sure whether I actually need to wee, because it just feels like I permanently need a wee. I’m pretty freaking tired all the time, sometimes mustering up the energy for the show feels like quite a task, but then I’ve always found performing exhausting — and simultaneously exhilarating.

It’s hard to know when to eat. I find that tricky when I’m in a show under normal circumstances, but now I’m aware that I’m not just feeding myself. I’ve had some serious refined sugar cravings — we’re talking an unreasonable amount of Skittles — and whilst I do give in to the cravings a lot of the time, I now have to think about the baby’s health as well as the potentially enormous sugar crash half way through the show.

Anyone who has ever been pregnant will know that you can’t really predict the fabulous array of symptoms that might come up. I’ve experienced a good deal of abdominal pain, which I’m told are stretching pains. As well as being very disconcerting, these don’t go hand-in-hand with jumping around on stage. Plus, hot water bottles are not part of my costume, unfortunately. 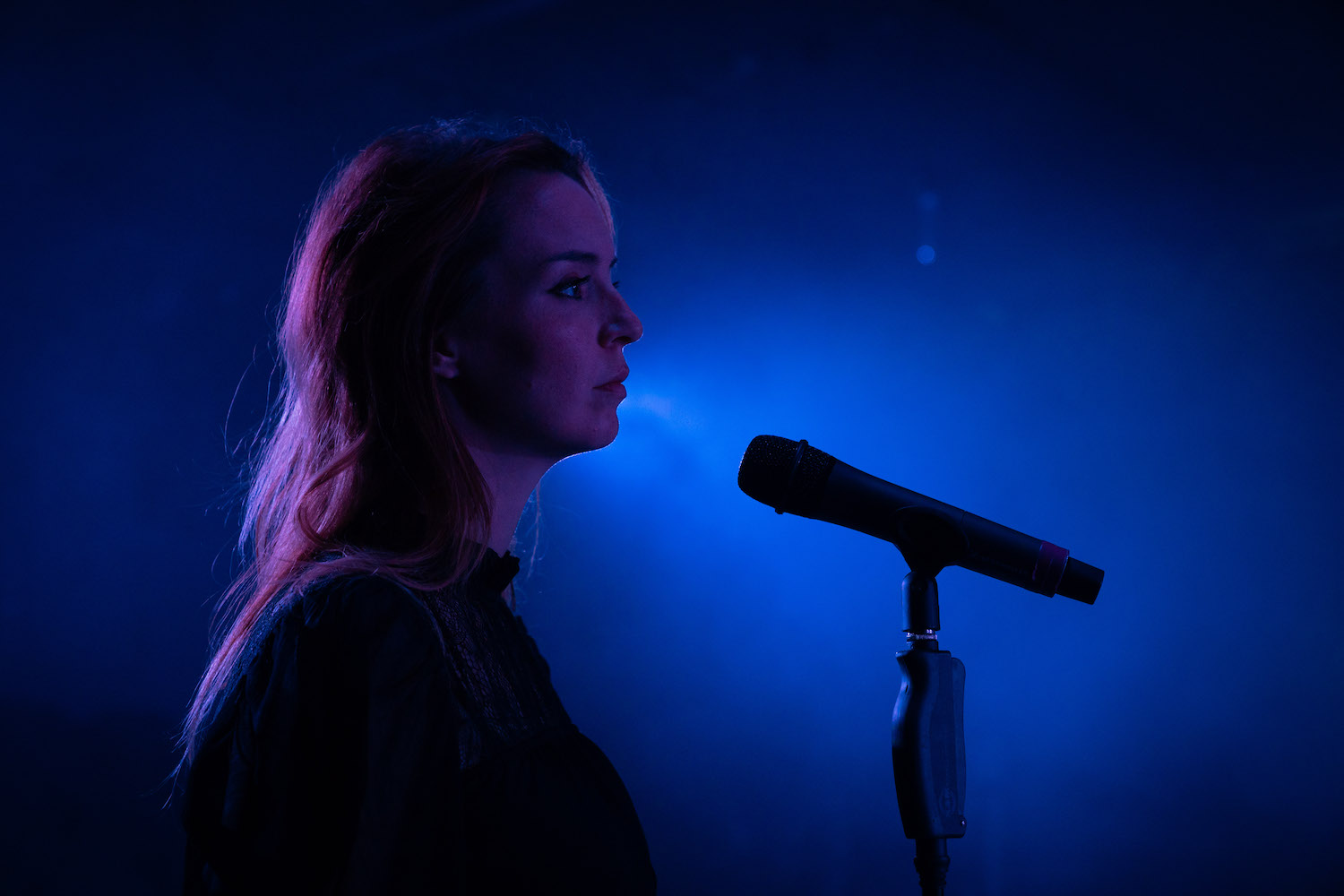 Emotionally, it’s been a whirlwind. It’s very hard to describe but something I’ve been feeling a lot is somehow being separate and ‘other’. Performing is a world I know so well: during tech week I recognised my surroundings, everything was so familiar, but I was completely altered. I found it very difficult not to feel like the odd one out, even though no one was treating me any different. I looked at my peers and felt like I saw multiple potential paths stretching out ahead of them, just as mine used to, but now I only had one. And it’s a fantastic one, of course, but I wasn’t used to having something set in stone for me.

I’ve been described as something of a ‘drifter’ by loved ones, which can come with the territory of being a freelance actor, never knowing when the next job might come along, but now my title had changed and along with it a slight loss of freedom. My sense of identity was rattled and losing that control, going from lots of future options to one very clear one, was tricky. I’m not going to pretend that I don’t still struggle with it; I do.

And when contemplating the future, I’ve had creeping thoughts which sound something like: “Is the sun setting on my career, is this my last show?” – or something as equally dramatic. It’s hard not to imagine that my “value”, in the eyes of this industry, is decreasing. When we’re already in an industry saturated with incredible talent and very available actors, who would want a performer who is building a baby? And that negative outlook is present before I even think about the next step: what it’s going to be like having a child whilst pursuing an acting career?

I have nothing but admiration for actors who are also parents and I know that there are many of them out there. I don’t know how they do it, so I guess I’ll have to cross that bridge when it comes, with as much mental and practical preparation as possible. For now, I’m focussing on the most pressing thing for me, which is managing the mental rollercoaster of being a pregnant actor. I feel bad for my fellow actors in the cast, I’m surprised they’re not sick of me going on about tummy pains and voicing my very obvious body issues; if they’re bored of hearing about those things, they are kind enough to keep it from me. They’ve been nothing but supportive.

I’m fully aware that these feelings are from my particular perspective, one that is certainly impacted by a jumble of hormones and big physical changes. This is not actually the way it is, it’s just how I looked at it. I’m not saying that the reality is that my peers feel like they have multiple paths and options, they certainly do not have it easy and I’m not trying to speak for them. It’s just what I saw from my strange new view. Just as everything in life that we experience, it’s all from a very specific perspective.

A thought that has cropped up a lot over these four weeks has been: Why isn’t this talked about more? I’ve had actor friends who have been pregnant, or had pregnant partners, and on an acting job, but maybe only two. And it’s got me thinking about pregnant creatives, especially those who are freelance, across the board. If you want a baby, and you are self-employed or not part of a company with maternity pay and schemes, when do you decide to go for it?

It can be a lonely thing being a freelancer in the arts. Couple that with carrying a child, or deciding to try and make that happen, and the emotional and practical ramifications are not insignificant. I would say to anyone thinking about it: make the decision solely based on what you want. We’re already in an industry that feels so hard to navigate, that demands so much of us, that we comply with just in case it potentially puts us in a better position for landing a role, eg: I can’t possibly get my hair cut because it won’t match my headshots; I can’t book a holiday because I might get an audition; I have to work these three zero hour jobs in catering to survive; I’ve written to 4,000 casting directors but I have to keep emailing etc. etc.

Don’t let this be another thing that is dictated to you by an industry that is often not kind. Being pregnant and getting cast is possible; being pregnant and working is possible; being pregnant and being in a show/on screen/jobbing is possible; we’re just told that we need to be utterly flexible, utterly malleable and utterly available — but it’s not true. This isn’t about ‘having it all’, a phrase I’m not fond of because it’s designed to be empowering but actually feels patronising; it’s about sometimes sticking two fingers up to what we’ve been told and taking the plunge and doing what you want. And let’s talk about it. Let’s acknowledge that sometimes people in the arts are up the duff.

You can see Alice in All We Ever Wanted Was Everything at the Bush Theatre in London until Saturday 24 November.