All We Ever Wanted Was Everything: Q&A with James Frewer 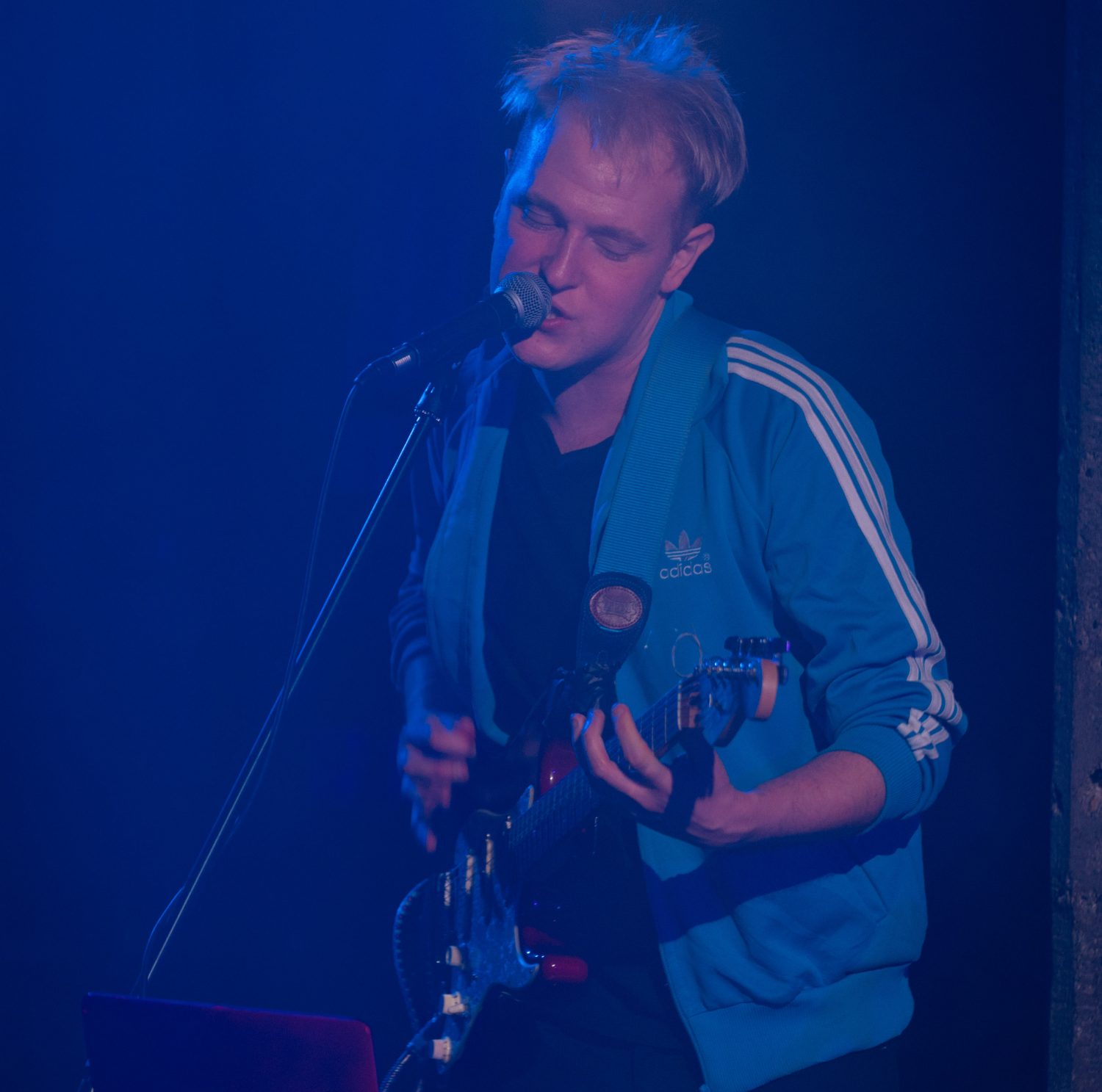 Middle Child associate artist and All We Ever Wanted Was Everything composer and musical director, James Frewer, talks about the music in the show, currently running at the Bush Theatre in London.

Tell us about the role of music in the show.

The role of the music is to help communicate the story, to make the audience feel in a way that sometimes words can’t and to create the atmosphere of a gig. Its sets the era in which each particular act is in and acts as a voyeur, looking in and commenting on our story.

How do you use music to capture the different eras in the story?

The show is split into three acts and each act is in a different era. At the top of each act we do a pastiche of what, to me, the sound of that era was. After the more obvious opening to the act, the underscores and choruses that follow are in keeping with the era. As well as the actual composition of the music, sounds of instruments are important. Guitar pedals feature quite heavily and the way the music is played. Each era has a certain feel: the ’90s has a big anthemic feel, 2007 is a very scrappy indie feel and 2017 is over-produced and everything should sound very tight.

The astroid has her own music which we set in techno land. I felt techno was a good place to put her, and there is something quite interesting in someone singing emotionally over quite stilted and rigid beats and some beautiful synths.

Without giving lots away, the music collides at the end of the show, and the live band join voices with the astroid which should be the amalgamation of worlds, techno and heavy rock collide in a big way.

Tell us more about the music writing process for the show.

With a Middle Child show, there is usually a lot of talking and an exchange of quite a few Spotify playlists. Then what tends to happen is that Paul and I get into a room with a piano and a guitar and start writing. I really enjoy working and writing with a director in that way, being challenged and provoked. I think for All We Ever Wanted we did two one week stints of writing. We record some pretty shitty demos and I tend to take those away with me and over-listen and over-play them, and start making subtle new additions to the melodies or the chord structure.

We always realise that there is a song we need to add into a show. Rehearsal processes take twists and turns and as a result new music often needs to be written. I quite like leaving something unwritten until quite late; I sadistically enjoy the pressure of writing something last minute, as I often find it gives good results.

The sound design of a show like this is also so important. I work very closely with our sound designer and fellow Middle Child associate artist, the brilliant Ed Clarke, for everything that I’ve written to be heard as intended, but also to make sure the dialogue is heard. In live shows, we have a brilliant sound mixer, Chris Prosho, who negotiates all the changes that occur every night, with a huge amount of skill and precision.

Has anything changed, musically, since the 2017 version?

I think every time that we do this show there will always be slight changes to it. The songs and chorus are pretty much the same, with maybe the odd change in inflection. But the music changes to a certain degree every night: that’s the beauty of it. The music should be live and it should respond to the actors, so if an actor makes a particular choice one night, you go with it. I want the score of this show to constantly evolve. 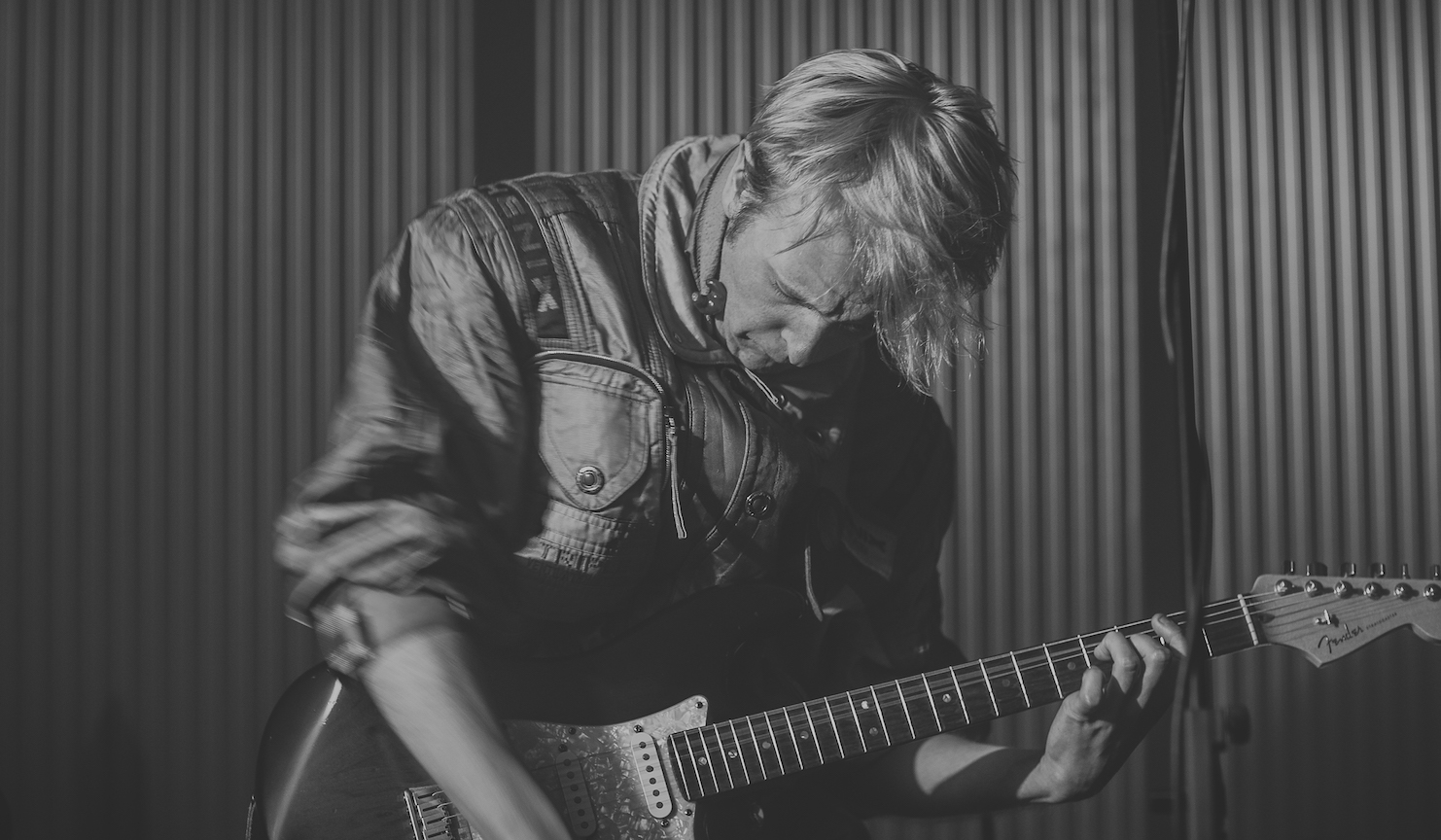 What is your relationship with the director, Paul Smith, in the room?

We’ve been working together for nearly ten years now, so I would say pretty fluid, to the point where we both know what each other wants and communication can happen with little nods or just sensing how the other one feels. As I mentioned earlier, the bulk of the work that we do happens way before the rehearsal process. We tend to go and jam with a piano or a guitar for a few weeks then take a phone recording of them. Then I take them away to obsessively listen to them and bring them back to the room with odd melody strands changed.

In the room, it’s pretty fluid. We both know what we want to achieve, so certainly for the first part of the process it’s pretty separate; I need to teach the music and the underscore and perhaps put a bass on an actor that’s never played, whilst he’ll work on the characters of the show and work out the world.

In the latter part we come together and start merging acting and music. That’s the fun bit, the making part. In shows that are completely underscored, I’m completely responsible for what the audience hears and, as a result, how the audience feels and Paul is in charge of what the audience sees. Ultimately, to steal Paul’s quote, we both need to make the story clear.

How does it feel to perform in the show, as well as compose and direct the music?

It’s fun! In my head they’re all quite separate. Certainly, now we’re in the run, the composition has pretty much stopped bar the odd slice of improvisation. A show like this is fun and rewarding to musically direct. It’s a show where anything can happen and that keeps the music alive. You can never relax and sometimes things don’t go the way you rehearse. I really get off on it being my responsibility to get out of tricky situations; it’s a hell of a feeling when you achieve it. To perform, it’s great. I get to sing, play lots of loud guitar and piano and essentially pretend to be a rockstar. I mean, there’s not a better job is there?

What does gig theatre mean from a music point of view?

I think the answer to this is pretty simple. Neither the text or the music should be able to live without each other. It’s very odd rehearsing just the music or just the text, as they both don’t sound quite right without each, maybe simplistic, but when you put it together this beautiful beast appears. Essentially the music is the beating heart of Luke’s words. It drives it when it needs to, sits back when we need to hear of the poetry of what is being said and occasionally takes over and hits you in the stomach to echo Luke’s thoughts and words.

It is, importantly, also the context of how the story is delivered. We make ‘gig theatre’ not because it’s cool to have some drums in it or to chuck a guitar in, we make it because it is Hull the best way to engage our audiences. People in Hull go to gigs, we want to tell stories. So we thought we’d slam them together and make this gig theatre thing.

See All We Ever Wanted Was Everything at the Bush Theatre until Saturday 24 November. Tickets are on sale now.