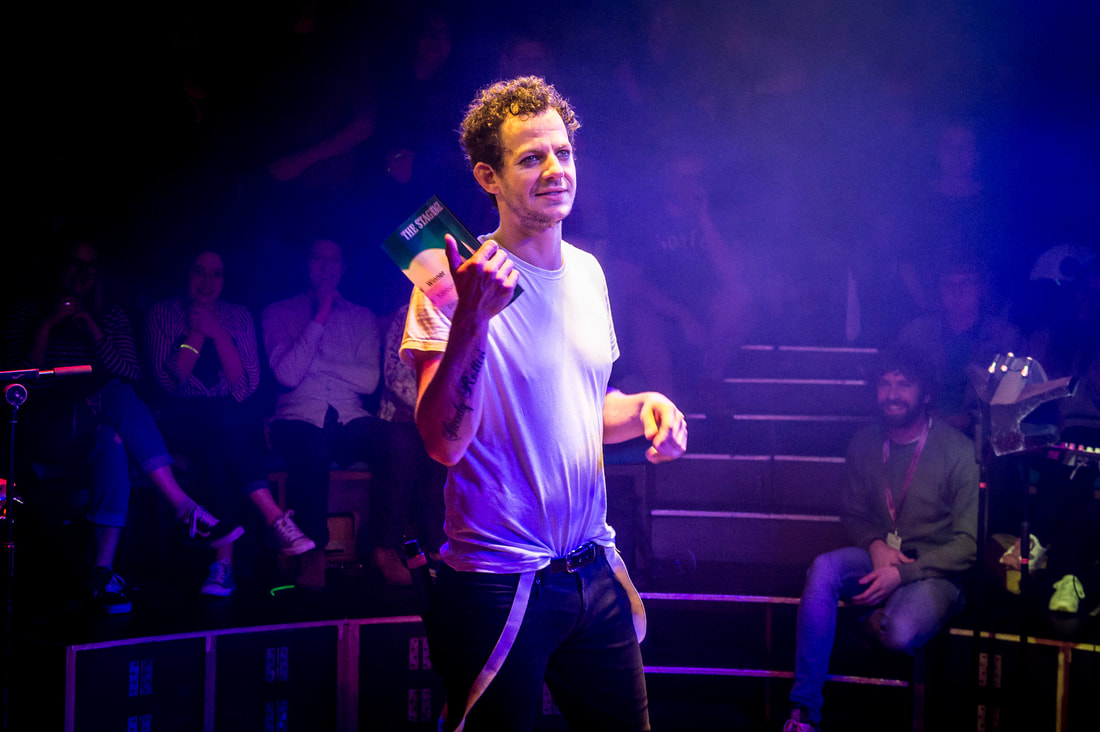 Marc Graham was presented with his award by The Stage editor, Natasha Tripney. Photo: Wullie Marr.

Middle Child are immensely proud to announce that company member Marc Graham has become the first winner of The Stage Edinburgh Awards 2017 for his performance in All We Ever Wanted Was Everything.

The play, a gig theatre epic written by Luke Barnes with original live music by James Frewer, is running at the Roundabout in Summerhall until 27 August 2017.

It is the first prize to be given out in The Stage’s awards at the Fringe, which are chosen by the publication’s team of Edinburgh critics and announced every Monday throughout the festival.

“His is a frenzied, fearless, unconventional performance, as thrilling for its ballsy spontaneity as it is for its obvious integrity. His stunning, galvanising closing speech will stay with me for a long time.”

Alongside the MC narrator role Marc also plays the unambitious Tom and eight year old Colin, as well as singing and playing acoustic and electric guitars throughout the show.

Marc said he was “well and truly honoured and shocked” to receive the award, and thanked Middle Child artistic director Paul Smith, saying: “Without the freedom he’s given me to experiment, to play, the encouragement to push to be bold, his blind trust, for almost 10 years now, this role would not have been possible.”

Paul Smith said: “[Marc is] totally dedicated to pushing boundaries and works so hard. This recognition is also a testament to the fact that it’s possible to have success as an actor outside London. Everyone at Middle Child is proud to call Marc one of our own.”

The show continues at the Roundabout every evening (except Tuesdays) at 8.45pm.