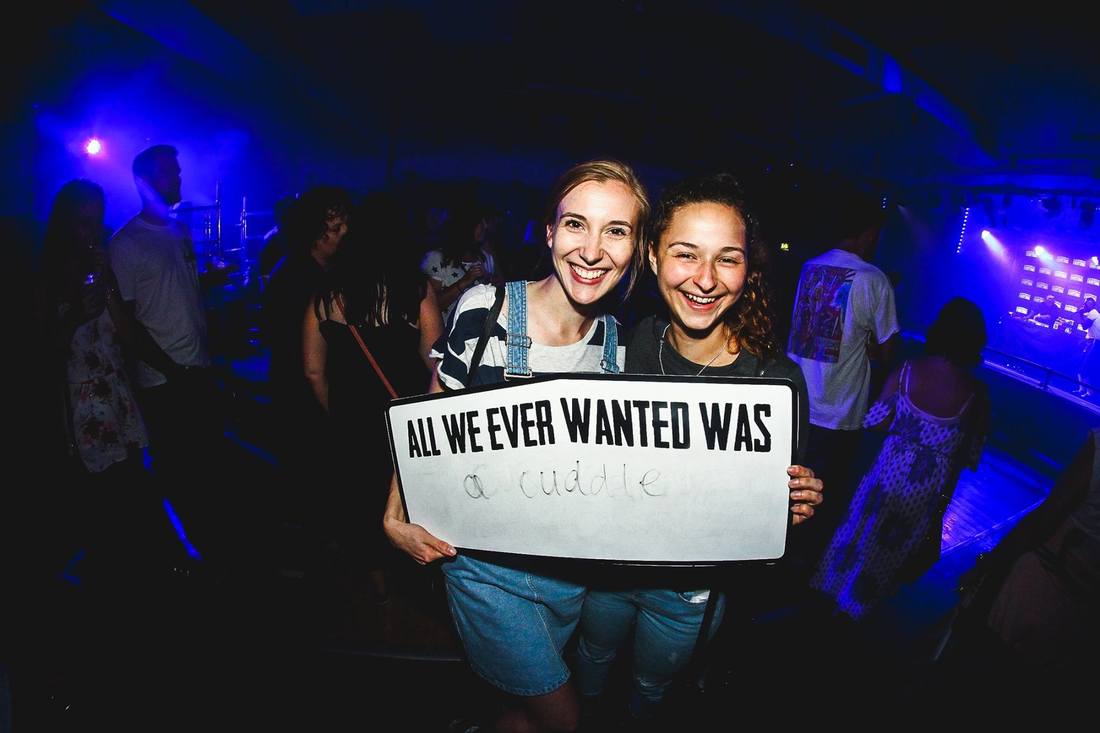 We asked company members and the All We Ever Wanted Was Everything team for some words of advice on how to survive a month-long slog at Fringe as a performer. Here’s what they had to say.
​

Be nice. Everyone is busting a gut to be up there, spending a load of cash they probably don’t have and doing all they can to get people along to their show. You may dislike a show but remind yourself that everyone at Fringe is doing their best to make art in really difficult conditions and everyone is at different stages of their career (everyone’s made a bad fringe show at some point!) Also, if you like a show – shout about it. Don’t try and play the game or be cool on stuff to sound superior. It’s good to enjoy things. Being a shit about it doesn’t achieve anything.

Keep it chill, make friends, have drinks, chat about shows, recommend stuff, take recommendations, notice if anyone is finding it tough and offer a chat. Make sure you and the group you’re with are in tune with each other and everyone is okay!

Remember, though they sometimes feel like it, reviews aren’t everything. If you get good ones, great. If you don’t, there’s still every chance that audiences will enjoy your show and you’ll make new relationships. Failing that, you learn from it and come back stronger. Just make sure you know exactly what you think of your show before you go. Write it down; the good bits and the bad bits, the bits you’re proud of and the bits you’re worried about. This may change over the course of the month but it’s important to be sure that’s how you really feel, not just how the bubble of the festival has made you feel.

Theatre can be an all-encompassing career at the best of times and at the fringe it can become overwhelming. So whatever you do to get away from it all at home do during the fringe. Play sport, watch sport, go see a film, go for a walk, swim, just give your head a bit of non-theatre space.

Don’t worry about other shows…

It’s really easy to start comparing yourself to other shows. Maybe they have similar themes or you know people in that company but make sure you don’t spend your fringe worrying about if they are doing better than you, or get lazy because they are doing worse. Everyone’s fringe is unique to them, comparisons are so much wasted energy. Just do what you do the best you can.

and love your show

This probably isn’t helpful for people already at the Fringe but it is the most important thing. If you are a professional theatre maker don’t rush a show to get it to Edinburgh, or take a show just for the sake of it being there. Even if you have a good fringe it is an emotionally stressful month and the one thing that gets you through it is loving the work you’ve made. It means you can keep smiling when people ignore your flyers; it means you don’t mind going on stage smelling when your cast mate has used all the hot water; and it means those shows where you perform to seven people are just an excuse for you to go on stage and have fun.

Sleep is your friend

Sleep when you can. Ed Fringe is super fun and super exhausting. Your body clock will likely get a bit messed up, what with seeing late shows and going for drinks, if that’s your thing, so naps are your friend. Performing can really take it out of you so try not to burn the candle at both ends and make sure your body gets enough rest – otherwise watching shows, flyering and performing will become burdensome. Brief power naps are a must!

Look after your voice

Doing a show every night after flyering all day, or even just being out and about and using our voices, they will get tired. On top of that, there will likely be light sessioning including, but not limited to, drinking, smoking and shouting. Be aware of overusing your voice and stay well hydrated. Drinking water is the best thing you can do for your vocal folds, but remember it takes 3-6 hours for it to reach them.

Good food and booze and where to get it

All We Ever Wanted Was Everything runs at Paines Plough’s Roundabout @ Summerhall every night at 8.45pm from 4-27 August (apart from Tuesdays).

#AllWeEverWanted is part of the Hull UK City of Culture 2017 takeover, alongside: A Super Happy Story (About Feeling Super Sad) by Silent Uproar; Bare Skin on Briny Waters by Bellow Theatre; Sad Little Man by Pub Corner Poets; and Frogman by curious directive.