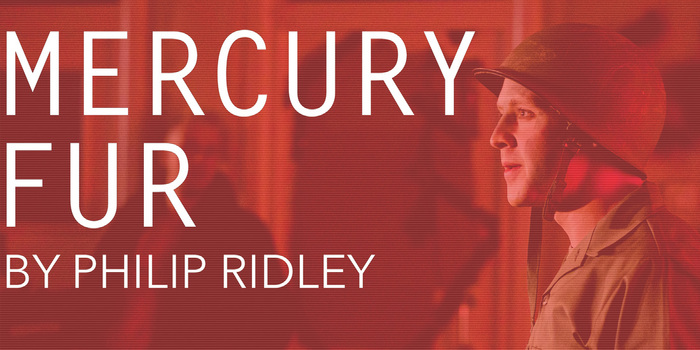 Elliot is panicking. The party that he and his brother Darren have been planning has been brought forward – to tonight.

In a lawless, ravaged city, where memories of the past have been brutally erased, the boys and their team survive by realising their clients’ darkest fantasies. But just how far are they prepared to go in trading humanity for information. The world is at its worst? Let the party begin.

Mercury Fur is supported by Hull UK City of Culture 2017

"It proves a compulsive, and darkly comic, glimpse of a time when emotions have been blunted and individual pleasure rules...Designed to make audiences feel shocked at the violence in the world, rather than at the play itself, it is, though, a reminder of how thrilling, and disturbing, theatre can be."

"Bravo to the company, the sound, suitably eerie like a drone soundscape…The staging; attention to detail, exemplified by the empty cans strewn all over the lav floor plus, the discarded condom I find beneath my seat. The lighting: artful, subtle and just a bit clever. Needless to say the hottest ticket of the year."

"From the very beginning I was captivated...Hull definitely needs more theatre like this."

"an electrifying experience...as authentic an experience as one could tolerate: oppressive, claustrophobic and utterly visceral." 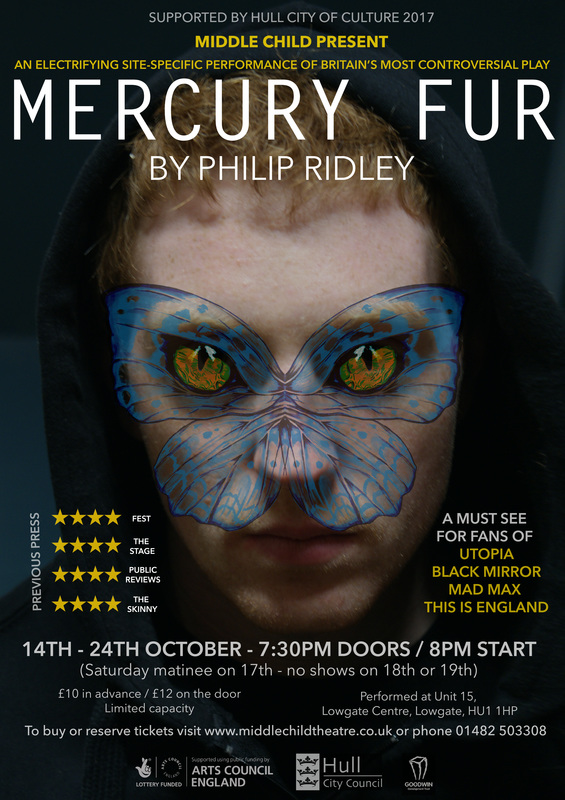