There Should Be Unicorns heads to London

Join 11-year-old Jasmine on an adventure to change the world, in London this September 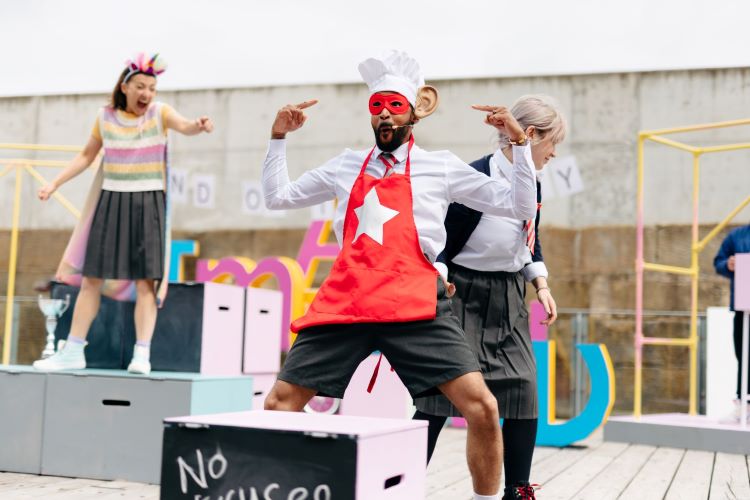 There Should Be Unicorns, our hip hop family musical made in association with Beats Bus, is heading to this year’s Greenwich + Docklands International Festival.

We’ll be performing on Friday 2 September at the Wood Park playground and on Saturday 3 September at Twinkle Park, in Deptford.

All performances are free and include BSL-interpreted shows on the Saturday.

There Should Be Unicorns is our first outdoor family show, about an 11-year-old girl who sets out to change the world, using only the power of imagination.

There Should Be Unicorns will head there a week after returning to Hull for Freedom Festival, on Saturday 27 and Sunday 28 August.

Other tour dates to come include a sold out trip to Victoria Park in Swinton, with the Lowry in Salford, on Saturday 23 July.

Find out more about the performances in London on the GDIF website.